Why are supply chains growing in significance?

There is a recognition that the effective use of technology can have a fundamental impact on how an organisation delivers services to its customer base. With an increasing focus on digitisation, many companies are struggling to establish and deliver digital transformation projects alone.  This is being driven by the need for specialised skills which are not available internally.

At a macro level, globalisation has also played a significant role. Enterprises can quickly take advantage of growth opportunities in different markets all with relative ease, many of which centre on partnering with third party organisations based in the local market utilising their knowledge of infrastructure, people, legal and regulatory frameworks to deliver change.

As a result the business case for using suppliers continues to grow...

The optimal use of suppliers

A key objective for those responsible for managing supply chains and 3rd party supplier relationships should be the creation of high performing, value generating and secure supply chains. They should optimise performance, security and resilience to maximise the upside and reduce risk to an acceptable level.

What are the implications?

Over the past decade there have been numerous examples where organisations have failed to manage their suppliers in an optimal way leading to vulnerabilities being identified in their supply chain. Whether the organisations have been in shipping, financial services, retail, automotive or pharmaceuticals the long lasting impact has been significant. Impacts have included financial (millions of dollars in clean up and remediation costs), loss of customer trust and regulatory censor - to name a few.

For this reason, risk management in the supply chain has become a high priority, if not the number one concern for many organisations. It is important to consider supply chain risks both upstream and downstream from the organisation.

Most organisations focus on those upstream implications e.g. those suppliers who create goods and services used in a company's own operations. Downstream organisations include those companies who may be engaged to sell or distribute the originating products and services. Can you be assured that your brand isn't at risk by the way in which a third party is marketing, selling and distributing your product or service? 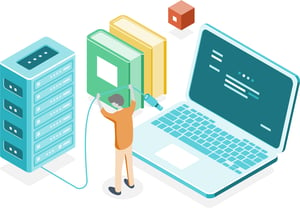 The past decade has seen numerous examples of issues and incidents which disrupted supply chains.  Here are just a few:

Many retailers use 'Just in Time' inventory management systems to source their products and reduce their capital investments. In the years following the 2008 financial crisis, the global economic downturn had affected profits across the cargo shipping industry. It led to overcapacity, lower freight rates and rising debt levels.

The question was not whether a big shipping line would go under, but which one would be first. The honour eventually fell to Hanjin Shipping Company, at that time South Korea's biggest shipper and the seventh largest in the world.

Crippled with $5.4bn (£4.1bn) in debt in August 2016, the company failed to get any more money from its creditors.  The collapse of the Hanjin Shipping Company demonstrated how a supply chain can be interrupted due to a financial failure. Many retailers who had products on board, especially those with perishable goods, found themselves without adequate insurance (physical loss or cargo damage is insurable, shipment delay is not). As a result, there were huge financial, reputation and customer impacts for those reliant on Hanjin.

In 2013 attackers gained access into the US retailer Target's corporate network by compromising a third-party vendor. The number of vendors targeted is unknown. However, it only took one. That happened to be Fazio Mechanical, a HVAC refrigeration contractor.

A phishing email opened by at least one Fazio employee, allowing Citadel, a variant of the Zeus banking trojan, to be installed on Fazio computers. With Citadel in place, the attackers waited until the malware offered what they were looking for Fazio Mechanical's login credentials.

Fazio apparently had access rights to Target's network for carrying out tasks like remotely monitoring energy consumption and temperatures at various stores. The attackers leveraged the access provided by the Fazio credentials to move about undetected on Target's network and upload malware programs on the company's Point of Sale (POS) systems.

At the time of the breach, all major versions of enterprise anti-malware detected the Citadel malware. Unsubstantiated sources mentioned Fazio used the free version of Malwarebytes anti-malware, which offered no real-time protection being an on-demand scanner.

The hackers first tested the data-stealing malware on a small number of cash registers and then, after determining that the software worked, uploaded it to a majority of Target's POS systems. Between Nov. 27 and Dec. 15, 2013, the attackers used the malware to steal data on about 40 million debit and credit cards. U.S., Brazil and Russia.

The much-reported Ticketmaster breach was carried out when the Magecart group, which was behind the attacks, compromised one of Ticketmaster’s third-party suppliers.

The Magecart attackers injected malicious JavaScript code onto Ticketmaster’s website after they compromised a chatbot from tech firm Inbenta that was used for customer support on Ticketmaster websites. Magecart was then able to alter the JavaScript code on Ticketmaster’s websites to capture payment card data from customers and send it to their servers. The code may have been on the Ticketmaster website for almost a year. Inbenta said Magecart had exploited vulnerabilities to target its front-end servers and alter its chatbot code.

Following the Ticketmaster breach, it was identified that Magecart was widely targeting third-party companies that are used on e-commerce sites to manage analytics, website support, and other services.

Feedify is one such third-party service that is used by many websites to serve up push notifications to website visitors. It was notified by a threat researcher that some of its JavaScript code had been modified with the Magecart script, which prompted Feedify to delete the code. However, within 24 hours the code had been modified again. Feedify again deleted it but it once again reappeared, with threat researchers subsequently warning users of Feedify to stop using it until the issue was resolved.

What steps can organisations take?

For many organisations the process of on-boarding potential supply chain partners is often a rushed process in terms of evaluating their control capabilities.  Such assessments rarely cover the required level of detail to provide organisations with assurance that the risks which they face have been adequately managed.

At the heart of an effective system must be the capability to identify, monitor, manage and eliminate risk continually, not just as a one-off exercise. Such systems also need to be adaptive and agile to keep pace of the changing digital, geo-politcial and regulatory environment and other evolving risks. Below are just a few of the steps which organisations should consider.

When it comes to resilience and cyber risk, whilst we can’t change the resilience of our suppliers against cyber-attackers directly, we can have a transparent relationship when it comes to cyber risk. Under such a paradigm, we would be alerted to the early warning signs of cyber risk in a third-party supplier, and we would be able influence changes in their controls or take steps to back out of partnership if the risk is deemed too high.

Background In the current climate, Operational Resilience continues to take centre stage for many organisations, especia...

The Hunt for The Next Big Market Opportunity The pace at which technologies are changing around us today is frightening....

Trusted Delivery and Value Based Outcomes. The Foundations for Customer Relationships.